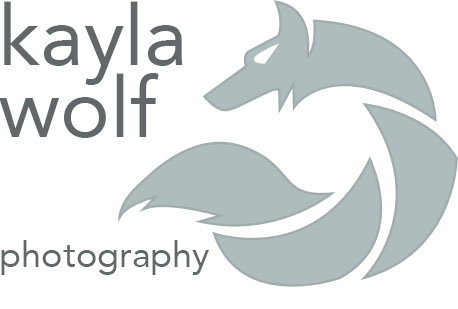 Nebraska quarterback Adrian Martinez dives for a touchdown against Colorado on Saturday, Sept. 8, 2018, at Memorial Stadium in Lincoln, Nebraska.

Andrew Lukanus, a member of the Norge Ski Jumping Club practices Saturday, Feb. 11, 2017, prior to the U12 open division held at Norge Ski Club.

Nebraska volleyball takes on No. 7 Wisconsin on Saturday, September 30, 2017, at the Devaney Sports Center.

Arkansas starting pitcher Blaine Knight throws against Oregon State in the bottom of the third inning of the first game of the College World Series title series Tuesday, June 26, 2018, at TD Ameritrade Park in Omaha, Nebraska.

Judges prepare for a ski jumper on the 70-meter track Saturday, Feb. 11, 2017, at Norge Ski Club in Fox River Grove. Judges score jumpers on style, and points are awarded based on flight, landing and outrun.

Missouri sophomore Kyle Goodwin competes in the 3-meter springboard at the NCAA swimming and diving meet at the IUPUI Natatorium on Thursday, March 23, 2017.

Bellevue West’s Richard Carper creates a triangle in the snow tin his footprints as he practices kicks before taking on Westside during the Class A state championship game on Tuesday, Nov. 26, 2019, in Lincoln.

Washington’s Alex Hardy warms up in the bullpen after over four hours of rain delay in the top of the sixth inning during game five of the College Word Series against Oregon State on Monday, June 18, 2018, at TD Ameritrade Park in Omaha.

Nebraska’s Taylor Venz works on escaping from under Wyoming’s Chaz Polson on Friday, Nov. 17, 2017, at the Devaney Sports Center. Venz defeated Polson 18 to 2 in the 184 pound weight class.

Bryce Meredith of Wyoming, ranked No. 3 and the returning national runner-up at 141 pounds (left), and Nebraska’s seventh-ranked Chad Red have a confrontation during their match Friday, Nov. 17, 2017, at the Devaney Sports Center. Meredith won the match 11-5, but the Huskers won the dual 25-10.

Nebraska’s Callie Schwarzenbach, right, goes up for a block against Stanford’s Madeleine Gates on Wednesday, Sept. 18, 2019, at the Devaney Sports Center.

Bellevue West teammates, from left, CJ Lilienkamp and Devin Mills make snow angels as they celebrate their Class A State Title over Westside on Tuesday, Nov. 26, 2019, in Lincoln.

Crete’s Jayda Weyand (5) jumps into Andrea Miller’s arms after winning over Elkhorn South in a Class B semifinal on Friday, March 1, 2019, at Pinnacle Bank Arena.

Stanford’s Courtney Bowen makes a confetti angel following the team’s win over Nebraska in the NCAA championship on Saturday, Dec. 15, 2018, at the Target Center in Minneapolis.

Mizzou Volleyball Head Coach Wayne Kreklow hoists the SEC Championship trophy into the air after the team defeated Tennessee in three straight sets at the Hearnes Center on Saturday, Nov. 26, 2016. The Tigers ended the season with a 16-2 conference record and automatically moved onto the NCAA tournament.

Bennington’s Tyler LeClair (15) and Cooper Prososki (6) jump on top of the dog pile celebrating their Class B baseball title over Hastings on Thursday, May 16, 2019, at Werner Park in Omaha.

Boys Town’s Tijah Davis falls to the ground after being tripped up by a hurdle during the Nebraska State Track Meet on Saturday, May 19, 2018, at Omaha Burke Stadium.

Waverly’s Sydni Schernikau (5) and Ellie Bream (33) walk off the court after falling to Grand Island Northwest in a Class B semifinal on Friday, March 1, 2019, at Pinnacle Bank Arena in Lincoln.

Millard North’s Hunter Sallis collapses to the court as Bellevue West celebrates their win over Millard North during the Class A Nebraska State Basketball Championship on Saturday, March 14, 2020, at Pinnacle Bank Arena in Lincoln.